Are death and suffering in Ukraine different than in Yemen, Afghanistan or Ethiopia? Double standards in humanitarian assistance

Drawing on comparisons between the news coverage of massacres in Bucha, Ukraine, and in Moura, Mali, this article examines double standards in media focus and the provision of humanitarian aid. Some crises attract the attention of the media, donor governments, organizations, and the public, whereas others are soon forgotten. The ‘CNN’ effect and the geopolitical priorities of donors drive aid allocation, more so than the number of people affected by the conflicts or the levels of mortality: the humanitarian principle of impartiality has, arguably, become irrelevant. Humanitarian aid has increased over recent years but has struggled to keep pace with growing humanitarian needs: aid for Ukraine is being pledged at the expense of supporting other crises. The article then reviews the challenges and limitations of estimating excess mortality in conflicts, one of the criteria for judging the severity of humanitarian crises and allocating aid. The article concludes with a plea for donors and humanitarians to address more equitably the plight of civilians suffering in conflicts, in Ukraine and also in other parts of the world.

The massacre of at least 320 civilians in Bucha, Ukraine, captured the headlines of mass media in March 2022, triggering a global outcry and spurring a new round of sanctions against Russia by the US, UK, and the EU. During the same days, some 300 people, most of them civilians, were murdered in Moura, Mali, allegedly by the Malian army and Russian mercenaries, in an anti-jihadist offensive.1 This massacre received, however, little or no attention in western media.

Impartiality, i.e., humanitarian action guided by needs alone, is one of the key principles of response to emergencies, albeit increasingly contested.2 This article argues that impartiality is challenged in the current context of media coverage and international humanitarian financing, which are not aligned to comparative levels of need. It then claims that civilian deaths in conflicts may not be the best metric for judging the severity of crises and allocating aid.

The blackout of news coverage for Mali applies also to the unfolding food crisis in the Horn of Africa. In Somalia, South Sudan, Ethiopia, Kenya, and Djibouti more than 14 million people are starving, as a result of the combination of consecutive severe droughts, fallout from the Covid pandemic, conflicts, and spikes in food prices.3 However, warnings of a possible repetition of the Somalia catastrophic famine of 2011, which led to some 258,000 excess deaths,4 have not been echoed by mainstream media.5

The different levels of coverage across different crises mirror the unequal aid allocation between “noisy” humanitarian crises, like Ukraine, the Bosnian war, the Haiti earthquake, etc. and “forgotten” ones, such as Afghanistan, Syria, Yemen, Palestine. The ‘CNN effect’[i] contributes, together with the geopolitical priorities of donor governments, to driving their aid budget choices, as well as those of private citizens.6

Not only has the intensity of news coverage been much higher in Ukraine than in other crises, but some commentators have also noted that the media have sometimes used racist undertones when comparing victims of the war in Ukraine with those from conflicts in the ‘Global South’.7 Slim, a humanitarian ethicist, claims that the focus on Ukraine is justified as “Europe has particular moral duties to people close to us”.8 On the opposite front, Singer argued a long time ago in an influential essay that we have the same moral obligations to those far away as to those close to us.9 The jury is still out about impartiality in humanitarian aid: we need at this point to bring these opinions back into the current context.

Overall, humanitarian needs were already increasing before the Ukrainian invasion, as a result of the combined effects of the Covid-19 pandemic, conflicts and extreme climate events. Humanitarian aid has also increased, but has struggled to keep pace with the increasing needs: the financial response to UN appeals has dropped from 62% of the needs in 2017 to 50% in 2021. Fig.1 shows the growing trend in numbers of people in need, whereas the capacity to target them with aid has not caught up.

The immediate humanitarian response to the Ukrainian crisis has reached a record high: several billion USD have been pledged by the US and the EU, the most generous response on record to a flash appeal.11,12 Preliminary data indicate that 75 USD were pledged per person in Yemen in 2022 versus 179 USD in Ukraine,13 but the difference is likely to be higher, as humanitarian funding is quickly realigning to target the latter crisis.

Concerns are being raised that the aid for Ukraine is not being additional to current financing.13 Aid budgets, already strained by the response to the Covid pandemic, are not ‘elastic’. There are some indications that donor governments are shifting their humanitarian commitments from other crises to support Ukraine and the countries hosting Ukrainian refugees.14 Furthermore, Poland and Hungary, which are receiving the bulk of Ukrainian refugees, are relatively wealthy. Conversely, Lebanon, which is in the midst of a social and economic meltdown, hosts 1.5 million Syrian refugees15 (one fifth of its population) but has received insufficient support from the international community.

The spillover effects of the conflict in Ukraine go beyond the diversion of aid. The disruption of exports of grain, fertilisers and sunflower oil has pushed food prices up, particularly in countries that are dependent on imports of these commodities. African countries, that are already facing severe droughts and high levels of food insecurity, will be the hardest hit.16 Warnings that the worsening food insecurity could lead to riots, political instability, and exacerbation of conflicts have been voiced.17

In the global context of unmet humanitarian needs, standards and thresholds to gauge the severity and scale of a crisis have been defined but not consistently applied, due to the methodological and political challenges that the next session of the article briefly reviews.

A single death is a tragedy, a million deaths are a statistic [ii]

The Bucha and Moura massacres are unfortunately not isolated war crimes. In conflicts, civilians have always been killed, raped, starved, impoverished, and forced to displace. What is new, however, in humanitarian assistance is an expanded recognition of civilian needs in conflicts. The ten MSF top priorities18, conceived for the acute emergency phase, have widened, as conflicts tend to last longer and the attention of humanitarian organisations has turned also to mental health, recovery from sexual violence, protection, livelihood, etc.19

The level of mortality is one of the accepted benchmarks for defining the severity of a crisis. The ‘fog of war’, however, makes measuring mortality in humanitarian crises difficult; as a result, civilian mortality is often under-estimated. Conflicts occur in insecure areas where access to external observers is hindered. Killings of civilians and other human rights abuses involve “low visibility behaviours”.20 Death records are often not kept, or are hidden or destroyed. Mortality data are contentious within the polarized nature of political propaganda: they can be exaggerated, minimized or even invented to serve partisan purposes. For example, in the Vietnam war, the US government grossly overestimated enemy casualties, to maintain the morale of its army.21 The validity of mortality studies has been often contested on mere political grounds, as happened for the surveys carried out in Iraq, Uganda, and Darfur, Sudan, all of which showed high excess mortality in conflict areas.22

Further, there are methodological and operational challenges and limitations in estimating mortality in humanitarian crises. Methods adapted to emergencies have been developed,23 but are prone to biases, as a review of the quality of surveys in emergencies has highlighted.24 ‘Indirect deaths’, caused by hunger, disease, destitution, and collapse of health systems, are a significant share of excess mortality, but are difficult to measure and attribute to conflicts.25 Finally, surveillance based on media reports, such as the Iraqi Body Count,[iii] tends to undercount deaths, as they are based on morgue or newspaper data that focus on large events and are not immune from cultural and political biases.26 It can be argued, therefore, that the levels of mortality alone cannot be a sufficient criterion for judging the severity of a crisis and guiding aid allocation.

In highly insecure situations, people flee to seek protection. As of the end of April 2022, Ukrainian refugees exceeded 5 million,27 or about 11% of its population, while the number of internally displaced people (IDPs) is likely to be higher. Worldwide, the UNHCR estimated that, at the end of 2021, 84 million people were forcibly displaced - more than 1% of the world’s population.28,[iv]

Before the Ukraine crisis, almost 65% of all refugees originated from five countries: Afghanistan, DR Congo, Myanmar, South Sudan, and Syria. Syria, with 6.7 million refugees, is the country of origin that accounts for the highest number of refugees in the world.

Ukrainian refugees, who bear the brunt of the conflict, have been granted temporary access and protection in European countries and benefit from the generosity of governments and private citizens. The same rights have, however, been denied to victims of other humanitarian crises, who happen to come from distant continents and may have darker skin. In 2015, more than one million people from Syria, Afghanistan, and some African countries crossed into Europe, seeking asylum from conflicts, violence, and misery. The majority of them found closed borders, deportation to their countries of origin, or extradition to IDP camps in Greece or detention centres in Libya. More recently, the UK-Rwanda controversial arrangement for relocating asylum seekers to East Africa29 has been described as “nothing other than mass deportation”.30

As humanitarians, our duty of care toward the people of Ukraine should not be at the expense of adequate support and protection for people suffering in other crises. We need to advocate for donor decisions about aid to be properly informed by the scale and severity of the crises and not only by geopolitical considerations. As Singer claimed, choosing not to support people in humanitarian crises far away from us is the moral equivalent of neglecting to save drowning children because we prefer not to muddy our shoes.9

[iv] These statistics do not include some 4.9 million Palestine refugees, who reside in areas of operation of the UNRWA (the UN Relief and Works Agency for Palestine Refugees in the Near East). 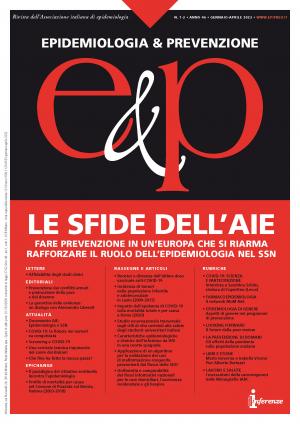 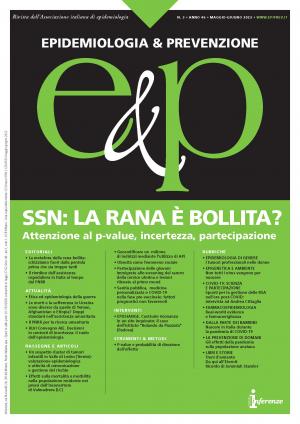