The Italian Association of Epidemiology wishes to support the doctors and scientists who subscribed an open letter for the people in Gaza. We are grateful to The Lancet and its Editor, Dr. Richard Horton, for having it published. We are deeply concerned about the health condition of the population in Gaza and the working conditions of the hospitals personnel having to cope with an inhuman pressure. As epidemiologists we think that the only way to prevent further grave consequences for the Palestine population is stopping any military action in Gaza and any form of collective punishment in the Palestinian Occupied Territory. 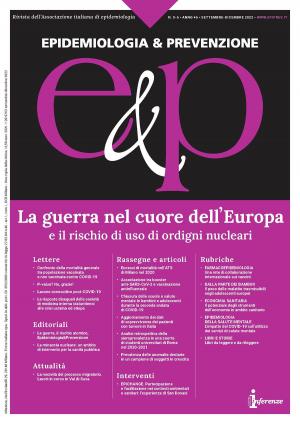