Towards an assessment of the health impact of industrially contaminated sites: waste landfills in Europe

What is already known

What this study adds

OBJECTIVES: this paper is based upon work from COST Action ICSHNet. To develop and apply recently proposed methods for assessing the health impact of pollution from contaminated sites and apply them to the case of landfills using available large European datasets.
METHODS: standard methods for health impact assessment and burden of disease were applied using the available evidence on the health effects of living near a landfill. Geo-referenced data on landfills from the European Pollutant and Transfer Register (E-PRTR) were combined with population density data (European Environment Agency dataset) and disease frequency data from European health for all database (HfA); uncertainty was assessed via simulation methods.
Countries covered by the European Environment Agency’s E-PRTR registry on contaminated sites were considered (European Union Member States plus four additional European Countries) for the period 2007-2014.
Four outcomes, for which suggestive evidence is available, were included:

RESULTS: 1,544 landfill sites were considered. 29.3 million people (6% of the total population) live within 4 km from one or more of these sites. The number of yearly attributable cases associated with low birth weight, congenital anomalies, respiratory diseases, and annoyance from odour were estimated, respectively, at 1,239, 70, 33,039, and 1,582,624. Associated DALYs were 10,192, 958, 2,688, and 47,505, respectively; 61,325 in total.
CONCLUSIONS: estimates indicate a sizable health impact, largest for annoyance from odour, given the high frequency of the outcome and in spite of its lesser severity compared to the other ones. Application of the methodology is relatively straightforward, once the main assumption of causality is made. The present work offers a first approximation of the impact on health of waste landfills in Europe and can be further applied to other contaminated sites. 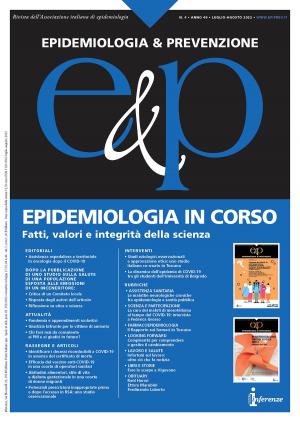 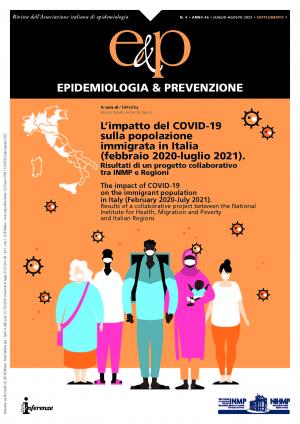 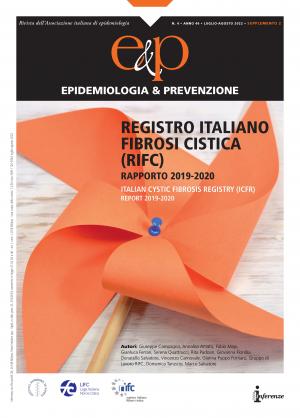 Google Scholar
We use cookies to improve your experience and enable functionality and security of this site. Data may be shared with third parties. Further detail is available in our Privacy Policy. By clicking "OK" you consent to our use of cookies and use of data. You can modify your cookie preferences by clicking "Manage Cookies".
Trascina il dito sullo schermo
da destra a sinistra o viceversa
per sfogliare gli articoli
della pubblicazione